Thanks to the guys at Tourism Canada, I have just returned from a short tour of the small town of  Yellowknife in the North Western Territories Canada. The primary purpose of this trip was to behold and photograph the glorious northern lights. To be a part of this trip was absolutely incredible and something I won’t ever forget.

Departing from Sydney, three planes in a row and 24hrs  later, I arrived in the town of Yellowknife. I left behind a comfortable 25 degree day in Sydney and the next time I set foot outside was in Yellowknife which was currently at -32 degrees. It was of course ridiculously cold but not as bad as I expected. However later that night I experienced conditions that were certainly not for the faint hearted.

My first night in town reached a low of -42 degrees. During these conditions, the right clothing is absolutely critical. I had several layers on from head with the most important areas to keep warm being any extremities such as fingers toes and nose. My face scarf was my most valuable article of clothing.

Now, seeing the aurora is not guaranteed. The bright dancing lights of the aurora are actually collisions between electrically charged particles from the sun that enter the earth’s atmosphere. The lights are seen above the magnetic poles of the northern and southern hemispheres. Cloud cover and several other factors determine the lights visibility. So knowing this, I mentally prepared myself to not expect a great display of the lights.

On night one, we arrived at Aurora village about 11pm.  Here there are many tepees set up that can house between 10-30 people. The idea is to wait in the warm tepee while you wait for the aurora. Coffee and hot soup and a fire place made conditions quite comfortable indeed but because I was overly excited and wanted to find a good vantage point to shoot from, I headed straight out in the cold. Every time I went outside my breath was literally taken away. Cold like this sure is something else.

After about half an hour I forgot all about the freezing conditions, the long plane ride, in fact I kinda forgot about everything. Upon the horizon, a cloud like formation slowly began rising up with a faint glow of green. I couldn’t believe it, I was actually viewing the northern lights and they were starting to stretch across the expanse of the sky.

Over the next hour or so, the slow moving green lights shifted shape across all areas of the sky. Seemingly dancing as they changed form and direction. I took as many photos’ as I could and tried to absorb the whole experience. I think the best way to describe the lights would be like a green tinted cloud. However this had much more power than a cloud, it was living and moving with incredible beauty.

The time seemed to fly by and before I knew it the lights eventually faded away. This was night one of four and would turn out to be the only night the aurora would reveal its beauty during my stay. Low lying fog restricted the view on two of the other nights and one night was clear but the aurora activity was not visible. To see the lights at least once was an immense blessing for which I am truly grateful.

Fresh off the camera. No photoshop trickery involved.

Capturing images of the aurora in -42 degrees C was by far the most challenging conditions I have used my camera in and also the most rewarding I have experienced. Capturing a good sharp image at night is a challenge in itself. Being able to get the right amount of light into the camera is a delicate balance of the correct settings and is completely different to shooting a landscape during the day. Most of the time shooting at night will result in poorer quality images. It is hard to focus the camera accurately and most exposures need to be a minimum 30 seconds long which means anything that moves, such as trees or people, will be blurry. So, when operating a camera at night in -42 degrees temperatures, you can probably imagine how tedious it is.

Wearing a thin pair of gloves with thick mittens on top meant I couldn’t handle my camera without removing the mittens. Once my mittens were off, the gloves I had only protected my skin for about 30 seconds before I began losing feeling in my hand and fingers. One of the hardest tasks was when I had to change battery when in the middle of shooting the 5 shot panorama image of the aurora. The battery life of the camera is also dramatically reduced and only lasted 1/4 the amount of time as normal.  So, a 30 second job to replace a battery took a few minutes as I had to keep putting my thick mittens back on before frost bite set in. Gloves off, open bag. Gloves back on. Once feeling came back, gloves off and open camera to remove battery, gloves back on etc

After a few minutes outside the tripod and camera began to freeze. Any adjustment of the cameras focus was incredibly slow and felt like something was going to break. The tripod also felt like it was going to snap upon any movement. To top it off moving from outside back in was harmful for the camera and lens as condensation could form rapidly inside the camera. Like I said, harsh conditions but I truly enjoyed every minute of it.

So that was a brief summary of my northern lights experience. While in Yellowknife I did many other things such as ice fishing, dog sledding, snow mobile riding and eating a reindeer steak with the mayor in the local pub.

I really hope you enjoy these images and perhaps get to witness the lights for yourself one day. Thanks. WP 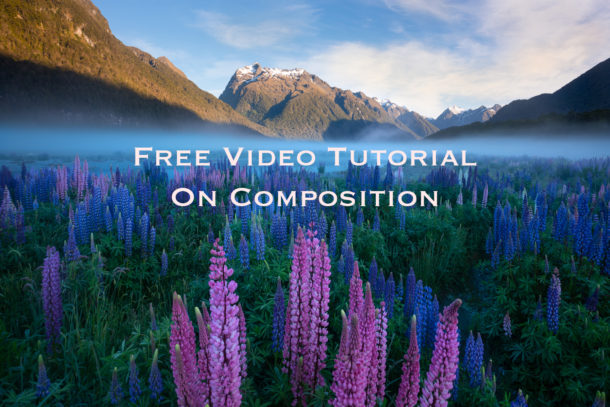 Join my mailing list and receive a FREE TUTORIAL and WEBINAR from my extensive video series. Plus, you'll be the first to get details on new workshops, product discounts and exclusive tutorials.