As the year comes to an end, I wanted to share here an unreleased image from 2015 and what is now one of my all time personal faves. I often avoid detailed explanations and stories behind my work, perhaps to avoid coming across as pretentious. However this one holds some fond memories, so I began writing about the experience. However what was meant to be a brief recollection of one of the most memorable moments I’ve had behind the lens somehow transformed into a novel capable of putting to sleep a room of pepped up insomniacs. So I deleted it. But it kinda went like this . . .

I began by explaining how Kirkjufell is one of the most photographed locations in Iceland and that I had no real intention of shooting it. But then running on spontaneity and necessity to avoid bad weather led my friend Cameron and I right into the presence of the beast. I described how we were both impressed by it’s sight and decided against all odds to perhaps find a new perspective to shoot. Surprisingly,  a little walking and climbing did just that but the overcast sunrise couldn’t produce an image worth keeping.

Around page 100 of the novel I told of my habit (both good and bad) of becoming fixated on capturing an image once I have the concept in my mind. It was this habit that plagued me for the remainder of our 10 day Iceland journey as I kept envisioning the possibility of the shot at Kirkjufell and how it could have looked with decent light or dare I imagine, even the aurora. So on our last night to shoot Iceland, the thought of ‘what if’ couldn’t be ignored and we made the decision to return to the Snæfellsnes Peninsula in the small hope of seeing this vision become reality. Even if a blizzard was forecast. 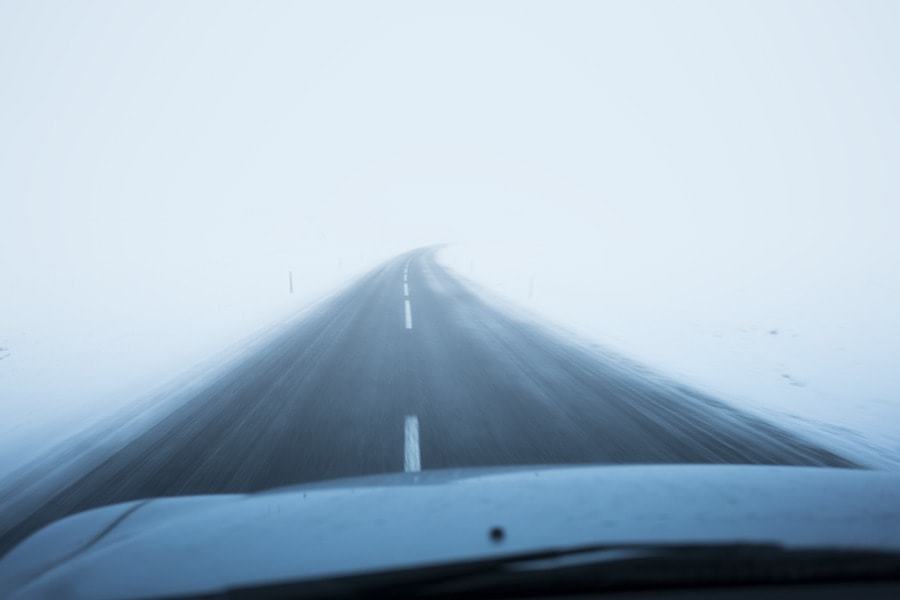 Starting to second guess the decision to head towards a storm.

I then shared the experience of us two Aussies driving through a snowstorm, consuming large amounts of caffeinated beverages (and pizza) in a new favourite cafe and then trusting that after midnight the clouds might depart and the green glow of heavenly light might find a way to grace us once more. 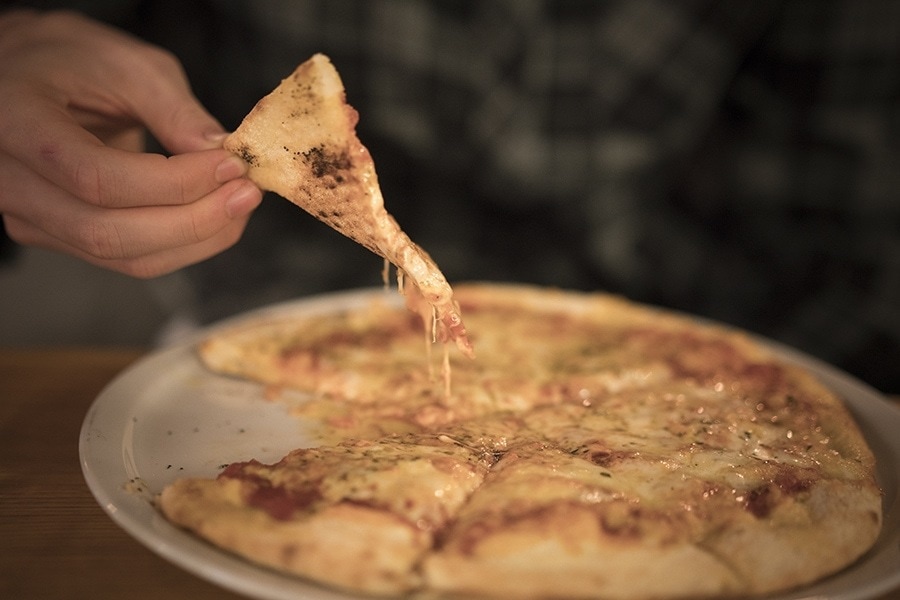 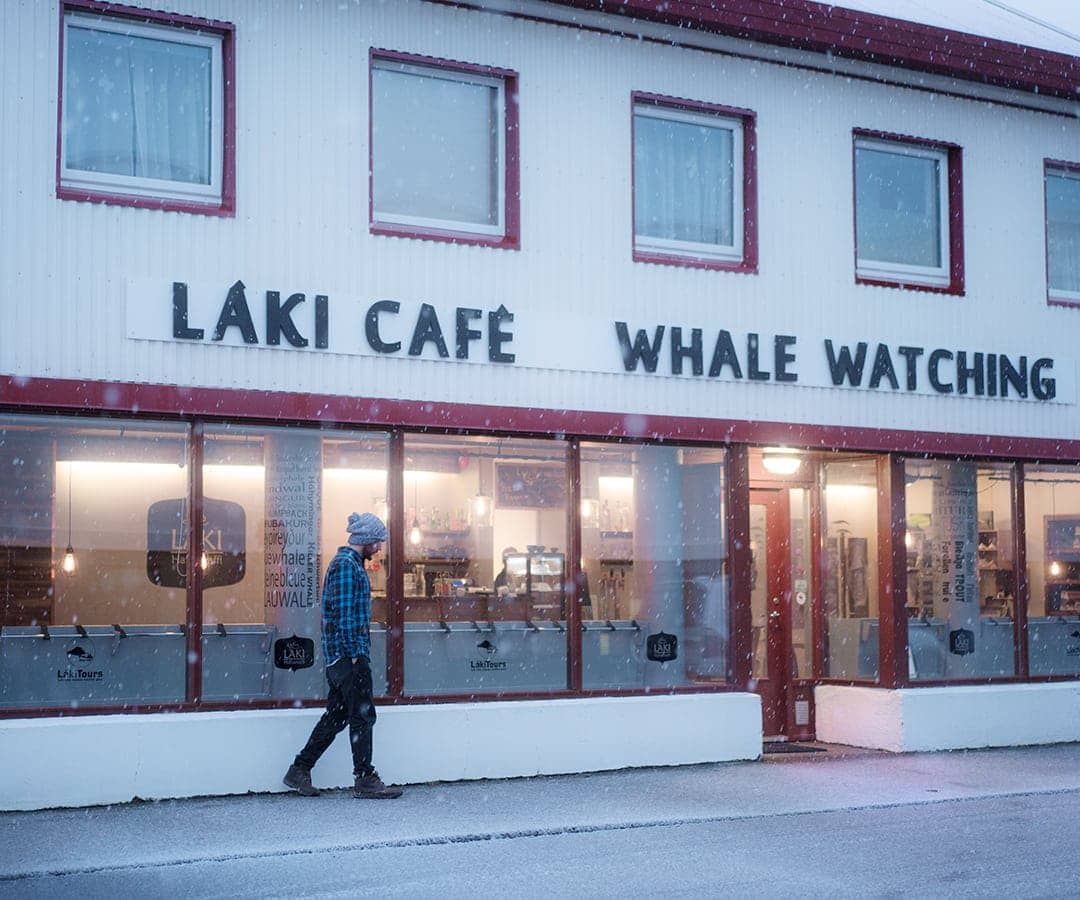 Me outside the epic Laki cafe. Photo: Cameron Sandercock

The landscape was now snow covered unlike the previous week and hype was building as the darkness and cold was well set in. In the front seat of our 4×4 we got comfy and anxiously waited it out. 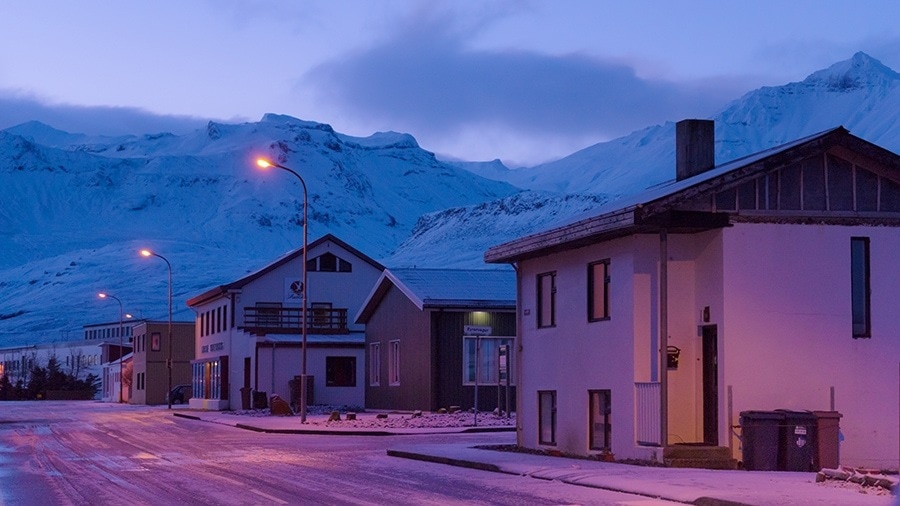 It was by this stage that things got interesting. The rain ceased and the occasional star was revealed between clouds. And then, it began.

The unmistakable, definitive glow of the Northern Lights intermittently revealed itself through the cloud and although faint, it was enough for us to eagerly pack our bags and start hiking into the night. After what felt  like an eternity but far from it, we were standing before a scene we were both deeply grateful for and so relieved that we captured something to be proud of. Although the sky remained semi-clouded, there was still much beauty to behold. We walked back to the car exhausted as the journey had officially come ot an end. After a celebratory tea around 2am, we settled into the front seats of the car for some much needed rest.

And this is why the original blog dragged on because the story doesn’t end here. You see I was awoken suddenly around 5am, still facing the mountain, head tilted to the side in a painful yet strangely comfortable position. This time however, I was greeted by the sight of a star filled sky and a dragon-like aurora waving across the sky. It’s this part of the story I’ll remember most because I will never forget the abruptness of my awakening and how incredible it was to behold such a sight. My mind and heart went from 0-100 as I scurried to grab my camera and tripod. And although I attempted to wake my comrade, he was lost to the soothing hold of much needed rest. I began running (and sliding) to my destination, afraid to look up and see the light display I was potentially missing, although the green glow on the snow let me know too well.

The rest of what happened in those early hours of the morning are captured in this image below. In my 4 years of photography, I felt like everything I had learned and experienced was really put into this moment and capturing it accurately. There’s no real words that a guy like me could conjure up to truly describe what it’s like to literally have a vision in your mind become reality, even against unlikely odds. As a landscape photographer, there’s no greater reward. I consider myself blessed to have shared this quiet moment alone, surrounded by a divinely intricate scene in the presence of the creator. 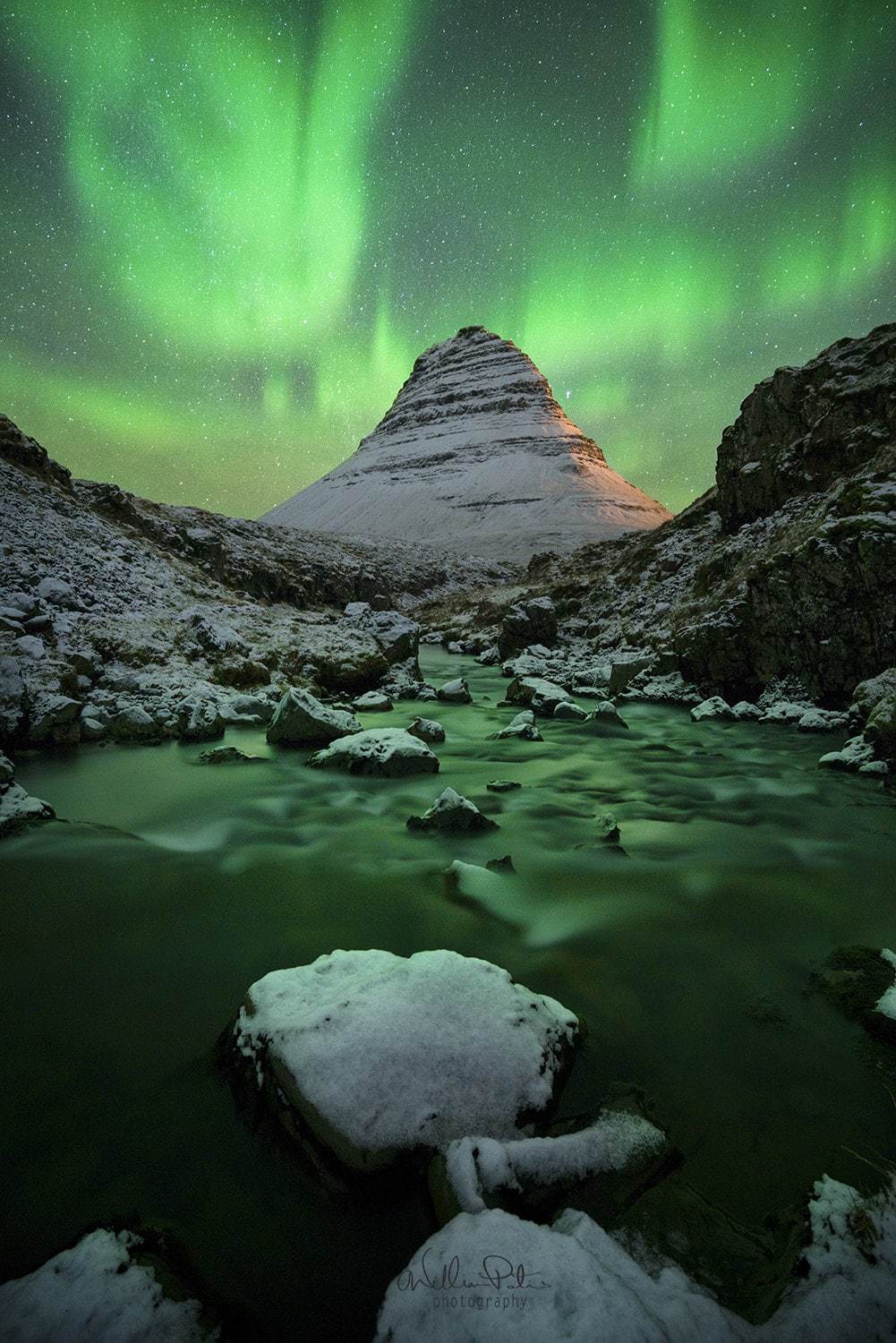 The northern lights over Kirkjufell, Iceland